Shiva (शिव) is lord of the lords and it is really not easy to write/explain everything about shiva. However many have tried to explain him and praised him as per their knowledge but the explanation is endless and it is un–imaginable from a human being even devas, asuras and other rishi munis have very little words to explain about the lord almighty.

Shiva means the supreme one, the auspicious one, the pure one and for me the beloved one. Shiva is named as Pashupati which means the Lord of all living beings either it is humans, devas, asuras or any creatures. Another name Mahadeva depicts the great God, supreme in all devas(Gods).

The God staying in a state blissful, enjoying in Its Own Self eternally, without any flaws is the Supreme Lord shiva. The Perfection is the completeness – there is nothing external that is required to make the Self blissful. 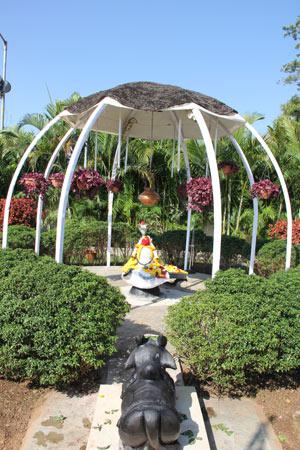 That Lord Shiva who has on his left side Mother Parvati, who has Ganges and moon on his forehead, who has poison in the throat and cobras on the chest, such an omnipresent greater than the gods, Lord Shiva may protect me.Ashta Dravyas and Ganesha Namavali. Now, let us consider this scriptural form of Lord Shiva, with scientific view and see what does God want to preach the common people.

From times immemorial Rudraksha beads have been worn and worshipped by sadhaks for their spiritual and bio–medical properties. They come in various facets or mukhis. These beads have found mention in ancient literatures like Shiva Puran, Rudrakashabalopnishad and Shri Gurucharitra. The science behind Rudraksha beads was well understood and respected by the Vedic Rishis. Today unfortunately, as is true with any spiritual subject including Yog, people for their own selfish and commercial interests have introduced a lot of misconceptions around these beads. A buyer comes across large quantities of rudraksha beads of various facets at enormous rates but without any proof of their authenticity.

Based on years of exploration and experience, we bring you information on rudraksha beads from authentic sources. According to Shiva Puran, rudraksha trees, the favourites of Lord Shiva, grow in Gouda Land. In the present era, it is the area of the gangetic plain on the southern border of Asia to the foothills of the great Himalayas and middle area of Nepal. 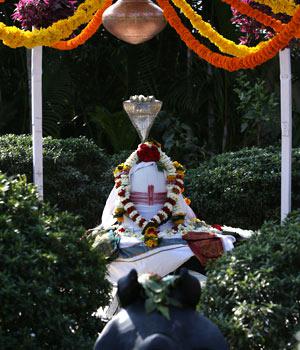 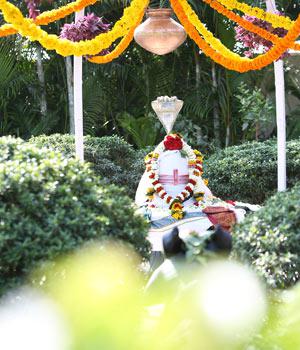 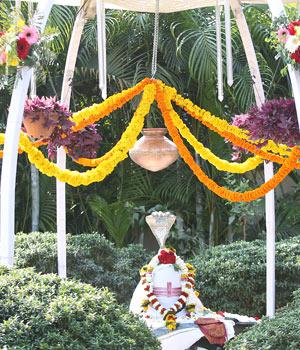 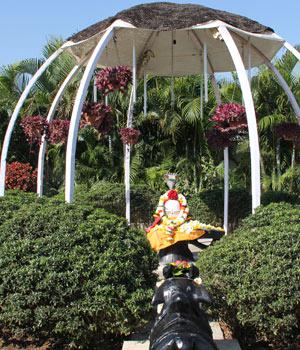 Shivaratri Pooja has been given tremendous significance in Hindu mythology. It is said that ritual worship of Lord Shiva on a Shivaratri day pleases Lord Shiva the most. Devotees further believe that by pleasing Lord Shankara on the auspicious Shivaratri day, a person is absolved of past sins and is blessed with Moksha or salvation.

Pradosha, also spelled Pradosh or Shiva Pradosham, falls on the 13th lunar day (Trayodashi) during the waxing and waning phase of moon in the Hindu lunar calendar.

Occurring between 4.30 pm to 6.00 pm on Trayodashi, the Pradosha time is propitious to pray Lord Shiva and invoke his blessings. It is believed that worshipping Lord Shiva at Pradosh day will relieve from sins and gives Moksha. Among the poojas performed by the devotees of Lord Shiva, the Pradosha puja is considered to be more auspicious. It is believed that during Pradosha period all the universal beings and Gods come down to earth and attend the worship.

The importance of observing Pradosha is described in Pradosha Mahatmyam from Shiva Purana and hence Shiva devotees observe Pradosha Pooja with high sanctity. Pradosha indicates the meeting of the Sun and the Moon in a horizontal line during their movement on their Axis.

It is said that on the Trayodhasi (thirteenth moon day) day, the gods and demons realized that they had committed a sin of not praying the God and prayed for forgiveness. Lord Shiva Shankar forgave them and danced in between the horns of the Nandhi’s (Celestial Bull) forehead.

This time is called Pradhosham. It is believed that if anybody prays Lord Shiva in that time, he fulfills their wishes and gives them mukthi.

Pradosha pooja is one of the most sacred and important among the poojas performed by Shivites to the Graceful Lord Shiva. In Shukla Paksha (15 moon days from new moon to full moon) and Krishna Paksha (15 moon days from full moon to new moon) the evening of the Trayodasi (thirteenth moon day) between 4.30 pm to 6.00 p.m. is called Pradosham. It comes once in fifteen moon days. Pradosha time is to pray Lord Shiva and invoke His Blessings. Praying in this time will free us from sins and gives Moksha (hence the name Pradosha). During Pradosha time, a special type of circumbulating called “Somasutra Pradakshinam.

According to the Hindu mythology and the ancient Hindu Vedic calendar, the month of Sarvann is dedicated to Lord Shiva. Lord Shiva is the supreme of all Gods, also known as God of Gods. He is the eternal state of human kind and is the least excited state of consciousness. Lord Shiva is the source of creation and the home of unified world. He is the silent, everlasting, and unchanging source of diversity.

Due to the relationship between the Lord Shiva, Saturn, and the Rudra, Maha Rudra Abhishek is the one of the most powerful and very important as well as an effective remedy to eradicate the negative effects of planet Saturn. Unhappiness, problems prevailing form a long time, diseases along with any type of situation which was not resolved from a long time can be eliminated by the help of this abhishekam. With the proper implication of this abhisheka, all the problems from the life of an individual will be eradicated.