Kartikeya is also known as Subramaniam, Skanda, Guha, Shadannana or Shanmukha (because he has six faces). He represents a person of perfection. He is the war God, the Hindu equivalent of Mars and Aries. He was created by all the Gods to lead the heavenly hosts and destroy the demons. He is the most masculine and fierce of all the Gods. While Ganesh removes all obstacles, Skanda bestows all spiritual powers, particularly the power of knowledge.

He is worshiped for all problems related to Mars, especially Mangal dosha or Kuja dosha. 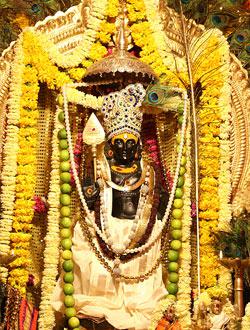 The following are the most commonly performed Kartikeya poojas of the Vedic tradition.

Our payment gateway CCAVenue is the best in India and a secure 128 bit SSL Secure site. Hence your credit card information etc is safe.

Click to know about The date, time, venue, how long it takes, what we send you etc.

A full ritualistic pooja of Lord Subramanya is performed with 1008 namavali pooja. It is done specifically in your name with your sankalpa, i.e., your wish.

The above pooja with 1008 Namavali japa plus 1008 Subramanya Moola mantra recital and Homa performed with 1/10 of the japa number, i.e., 108 Moolamantra recital during homa. Ends with poornahuti and shanti mantras. It is done specifically in your name with your sankalpa, i.e., your wish. 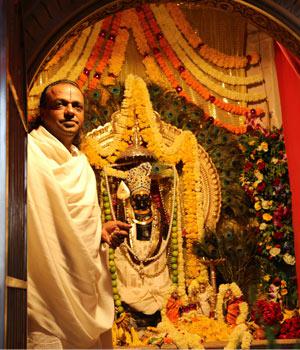 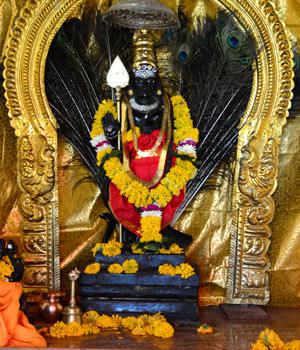 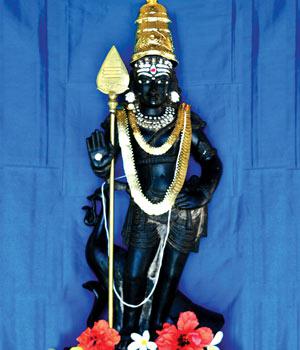 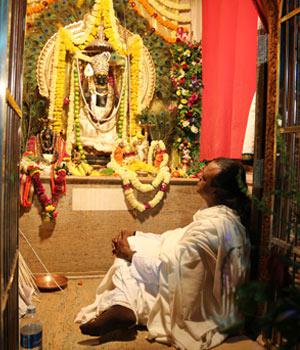 Tripuri Poornima or Tripurari Poornima derives its name from Tripurari – the foe of the demon Tripurasura. In some legends of Kartik Poornima, the term is used to denote the three demon sons of Tarakasur. Tripurari is an epithet of god Shiva. Shiva in his form asTripurantaka ('Killer of Tripurasura') killed Tripurasura on this day. Tripurasura had conquered the whole world and defeated the gods and also created three cities in space, together called 'Tripura'. The killing of the demon(s) and destruction of his/their cities with a single arrow – by Shiva overjoyed the gods and they declared the day as a festival of illuminations. This day is also called 'Dev–Diwali' – the Diwali of the gods. Diwali is the Hindu festival of lights.

Kartik Poornima is also the birthday of Matsya, god Vishnu fish–incarnation (Avatar). It is also the birthday of Vrinda, the personification of the Tulsi plant and of Kartikeya, the god of war and son of Shiva. This day also is considered special for Radha, the lover of Krishna – Vishnu's incarnation. It is believed that Krishna and Radha danced rasa and Krishna worshipped Radha on this day. This day is also dedicated to the pitra, dead ancestors.

Underhill believes that the origins of this festival may lie in ancient times, when a sacrifice called Shakamedhah was performed to attain victory over enemies

The festival has even more significance when the day falls in the nakshatra (lunar mansion) Krittika and is then called Maha Kartik. The nakshatra is Bharani, the results are stated to be special. If it is Rohini nakshatra, then the fruitful results are even much more. Any philanthropic act on this day is supposed to bring benefits and blessings equal to the performing of ten yajnas (sacrifices).

When Panchami Tithi ends or Shasti Tithi starts between sunrise and sunset then both Panchami and Shasti are conjugated and this day is chosen for Skanda Shasti Vratam. This rule has been mentioned in Dharmasindhu and Nirnayasindhu. Many Murugan temples in Tamil Nadu, including famous Sri Subrahmanya Swami Devasthanam in Tiruchendur, follow the same rule and Soorasamharam day is observed one day before Shasti Tithi if on previous day Shasti Tithi is combined with Panchami Tithi.

Although all Shasti(s) are dedicated to Lord Murugan but Shukla Paksha Shasti during lunar month Kartika (which is during Solar month Aippasi or Karthikai) is the most significant one. Devotees observe six days fast which lasts on Soorasamharam day. Next day after Soorasamharam is known as Tiru Kalyanam.

Skanda Shasti is observed on the sixth day of the bright fortnight of the Tamil month of Aippasi (October – November). This day is dedicated to the second son of Lord Shiva – Lord Subramanya, also known as Kartikeya, Kumaresa, Guha, Murugan, Shanmukha and Velayudhan, who on this day, is believed to have annihilated the mythical demon Taraka. Celebrated in all Shaivite and Subramanya temples in South India, Skanda Shasti commemorates the destruction of evil by the Supreme Being.

Shasti Vratam or Upvaas is an important fast dedicated to Lord Muruga or Kartikeya. There are two Shastis in a Hindu lunar month. One Shasthi after Amavasya and another after Purnima (Pournami). The Shasti coming after Amavasya (new moon night) is the one meant for fasting. In simple terms, the Shasti coming during the increasing or growing phase of the moon. Lord Muruga is also known as Subramanian or Skanda or Kanda.